Eating disorders (EDs) are classified as a mental illness, and they are defined as a set of psychological disorders that generate dysfunctional attitudes, behaviours and strategies regarding food intake or absorption.

In general terms, EDs are characterised by an unusual concern about body weight and body image that can become the focus of daily life, reducing the interest in other aspects of life. Thus, EDs are a threat to the physical and psychological well-being of the person, leading to physical illness or even death.

Furthermore, in the case of athletes, it is known that the physical imbalance derived from an ED can be even worse due to the regular practice of physical exercise with low availability of energy and nutrients. Furthermore, the development of an ED in these subjects will drastically alter their performance, with psychological and social consequences.

Therefore, men practising team sports are usually excluded from the population considered at high risk for ED development. This exclusion may be questioned based on the following considerations: (1) current information regarding EDs in sports is insufficient, especially in the case of male team sports players ; (2) several investigations warn about a potential under diagnosis of EDs in men; (3) there is previous evidence of relevant concern regarding body image in team sports players and there are previous studies that do not find differences in the risk of EDs between these and other athletes generally accepted to be at high risk of these pathologies and (4) it is not yet known with certainty whether the team acts as a protective factor or as a risk factor for the development of EDs. 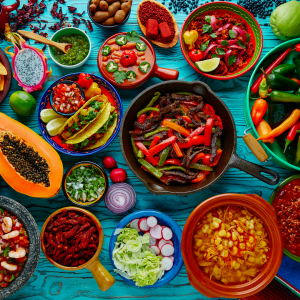 Therefore, this research is proposed to determine the prevalence of EDs in men who practise team sports. An observational study was conducted with 124 football, rugby, volleyball, handball, water polo, baseball and hockey players ranging between 18 and 55 years old. All subjects signed the informed consent before participating in the study. Data were collected via an online form including four validated questionnaires: The Eating Habits Questionnaire for Athletes, the Eating Attitudes Test (EAT-40), the Eating Disorders Inventory-2 and the Body Shape Questionnaire. Data analysis was conducted with the software IBM SPSS V.23.0.0.

The results from this research showed that 18.5% of the population presented a clinical profile compatible with an ED diagnosis. This study concluded that male team sports players may be a high-risk group in the development of EDs and that young age, semi-professional sporting status and body fat composition could influence the EDs development within male team sports players populations. 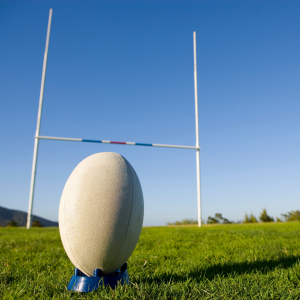 Findings from this research provide a new indication that men who practice a federated team sport, despite having been excluded from the populations considered especially vulnerable to EDs, could constitute a high-risk group for this type of pathology. This finding highlights the need to modify the current classification of ED risk groups within the sports field and develop and implement specific prevention, early detection and treatment actions in the studied group. In this sense, it seems that special attention should be paid to younger players, semi-professional categories and players with BMI ≥25 or body fat percentage 25.

What do you think of this research ? Can the results be generalised to the whole population when this research only represents 124 people? Are 4 questionnaires sufficient when gathering data on such an important situation? Athletes who compete at higher level for example those who represent the semi-professional players in this sample could be particularly vulnerable to EDs. Baldó and Bonfanti give an explanation for this, why do you think this could be ?

View all posts by Elite Team →

Stay in the loop.